While there was a good deal of love from televoters for this year’s Swedish entry, the viewing public rather convincingly preferred Il Volo’s Grande Amore—and Polina Gagarina’s A Million Voices—over Mans Zemerlow’s Heroes. And yet Sweden earned its second victory in four years in convincing fashion—raising many questions about the current blended public vote/jury vote scoring system.

In particular, could the Eurovision Song Contest be entering a 1990s redux, where one country (Sweden) does persistently well at the expense of most others? In the 90’s the language rule worked significantly in Ireland’s favour, to an almost hegemonic extent: 5 victories and only two results outside the top 10 between 1987 and 1998 thanks to jury support more than televoter support?

There are a number of elements that should give the EBU pause; let’s take a look at where Zemerlow’s support came from.

Broadly speaking, the juries and televoters had similar top 10 lists, with 8 entries ranked highly by both the public and juries. However, the rankings of those songs varied significantly. The overall televote top 5 was as follows:

Italy roared far ahead of its nearest competitors: fully 80 points ahead of Russia and 87 ahead of eventual winner Sweden. In most years one might assume that sort of skewed public support would have been enough to guarantee victory for Grande Amore. Not this year.

Here’s a breakdown of Sweden’s 279 points:

In terms of broad public support, Mans Zemerlow certainly had it. Sweden would have scored points from every single country, were it a televote only poll. In fact, half of the voting countries would have awarded 7 or more points to Mans. However, he would have only scored douze points from three countries. In relative terms, Europe really liked Heroes, but they did not love it as much as Il Volo or Polina Gagarina. 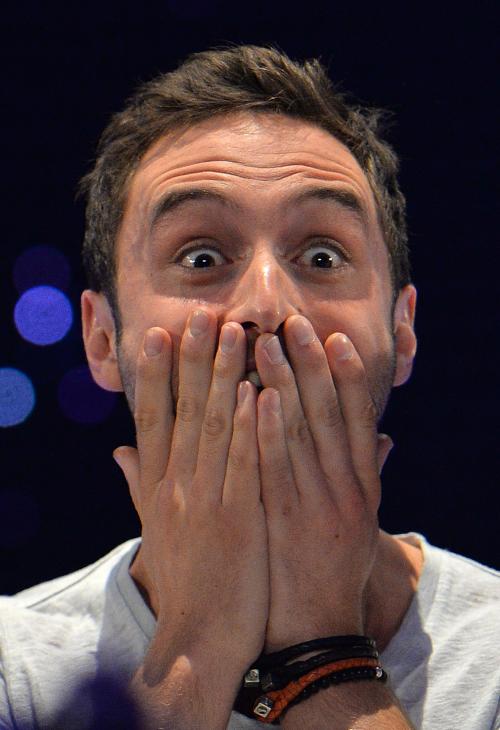 Sweden is the senior member of one of the Eurovision’s most persistent voting blocs: the Scandis. In recent years Sweden has been ranked first or second amongst Scandi bloc countries under the combined voting system. There isn’t much evidence of a Swedish diaspora vote, but we can say that Sweden’s friends didn’t let them down.

In terms of televoting alone, this year Sweden would have scored top scores from two bloc members (Norway and Denmark) and 10 points from another three (Iceland, Finland and Estonia). A total of 54 out of a possible 60 points is a consistently strong score…much more consistent that Russia’s support from the ex-Soviet bloc.

But that’s only half the story…

When we look at the overall jury score, we see a few songs from the public top 5, but the order is somewhat different. The overall jury top 5 was as follows:

This time Heroes has a massive lead over second placed Latvia: 104 points ahead, in fact. A Million Voices is 119 points back, but Italy is 182 points behind Sweden. Only Sweden, Russia and Belgium were in both top 5 rankings, but the skew in each score components means these songs ultimately were first (Sweden), second (Russia), and fourth Belgium). Italy’s massive televote advantage puts them in third overall.

Here’s how the jury votes for Sweden distributed:

Here is where Sweden built up a massive advantage over Russia. No less than 30 of 37 countries had Heroes in their jury’s top 3. In fact, the lowest jury ranking they received was 7th place. This represents a mountain of points, which, in a year where the televoters’ favourite was something juries liked rather than loved, put Sweden over the top.

As well, members of the Scandinavian bloc loved (Iceland, Norway) or liked (Denmark, Estonia, Finland) Heroes, quite similar to the public votes from those countries. We also can see that the juries from the other frontrunners this year, Italy and Russia, both ranked Sweden first. No evidence of strategic jury voting, in other words.

When we combine the jury and televoting rankings, Sweden (unsurprisingly) receives points from every other participating country—something only Italy also managed in 2015.

When these two score components are combined—by combining the 1-27 rankings of televotes and total jury rankings, also 1-27 for each participating country—tosses up a few surprises.

Here’s where our massive skew in actual scores for 2015 becomes apparent. In terms of top marks, Mans got douze points from 12 countries versus 5 for Polina. Fully 29 (out of a possible 39) countries gave Sweden 8 or more points in this year’s Grand Final. Sweden’s average score was 9.36 points: second place Russia’s was 7.77 points.

The Scandinavian bloc really carried Mans. Only Estonia failed to give Sweden douze points: 58 out of a possible 60 points would a massive advantage in a tight year. It is also worth noting that the ex-Soviet bloc gave Heroes 78 out of a possible 108 points. Polina Gagarina got a mere 73 out of a possible 96 points (since Russia cannot award points to itself but could—and did—give 8 points to Sweden. Lithuania blanked Russia in both the jury and televote components.

Even though the ex-Soviet bloc is significantly larger than the Scandi bloc—six versus nine countries, inclusive—the former much more efficiently supported its lead entrant. If Polina had swept her bloc, her score would have been 23 points higher—and Mans’ 14 points lower (assuming a perfect vote swap). Enough to change the result.

Certainly the Scandinavian bloc skewed its support toward the land of Melodifestivalen, and it’s back to Stockholm we go for 2016. However, the ex-Soviet bloc provided only slightly less support for Sweden on a per country basis. An average Scandi score of 11.6 points for Heroes versus a Soviet average of 8.7 points for A Million Voices. The Scandi bloc “only” awarded 41 points to Russia, about 7 points on average.

However, despite not winning the televote, Heroes has done better in terms of sales post-Vienna. Most of the sales for Russia’s entry are from the Russosphere: Mans has had decent sales from across the European Broadcasting Area.

Something of a paradox, no?