Any Eurovision Song Contest fan of substance knows that Ireland has won the Contest a record seven times. However, with Sweden’s victory in 2015, the most successful of the Scandinavian nations is merely one win away from tying the Irish for most overall wins.

Sweden has participated longer than Ireland; they have, with one exception, appeared in every Grand Final. During its shorter tenure Ireland has missed several Grand Finals and been relegated entirely once. Ireland’s seven wins between 1970 and 1996 means even wins over 27 years, a remarkable record. Sweden’s six wins have been between 1974 and 2015, a period of 41 years. And of course had the current rules been in place, the 1991 winner would have been France (Amina’s Le dernier qui a parlé) rather than Sweden (Carola’s Fangad av em stormvind) on the countback. Let’s not go there…

However…Ireland’s success has been entirely thanks to national juries. Since televoting was introduced in Birmingham (1997), Ireland has managed only five top ten results: in fact, as more countries moved away from juries, Ireland’s results continued to drop. Meanwhile Sweden has won three of their victories thanks to televoters: one almost entirely (1999) and two with a combined jury/televote. Arguably Mans Zemerlow’s victory with Heroes is more of a jury victory: unlike Loreen’s Euphoria—which romped to a massive victory with televoters and juries—Mans was only ranked third with televoters, but a massive first with juries.

We should not be surprised if Sweden draws even with Ireland in the near future. But should winning the most titles be equated with being the most successful? We think not—and here’s our argument.

Stealing liberally from the “league table” from Keith Mill’s All Kinds of Everything website (to the faithful departed), we have converted rankings in Grand Finals to points. Our league table focuses upon:

These data were entered in Excel; we used basic Excel functions to aggregate a total league table score for each country that appears. We have not looked at aggregate score versus number of appearances during this period. We have day jobs; we also have a number of other analyses coming down the 58points.com widget line. As in previous 58points.com analyses, we have not drilled down to compare the various ways in which televote and jury rankings are combined or weighted against one another.

Using this system, 28 countries make an appearance in our league table, of which only two (Albania 2012, Hungary 2014) earned a single point. Here’s the table:

From this we calculated a top ten across these 19 Contests.

As happened in 1991 we ended with a tie—actually two ties! Most interestingly we had a cluster of four countries vying for 9th and 10th places. The difference between 4th and 5th places was also sorted via countback: most wins, most runners-up, etc., until the tie was broken. Even so, we ended up with equal 9ths rather than 9th and 10th placings.

Just missing out on the top ten we have Italy (9 points, no wins) and Estonia (9 points, one win, one 4th place).

Note: In the table below, we have only added notes where a tiebreak was implemented. The rankings from 9th to 6th are: 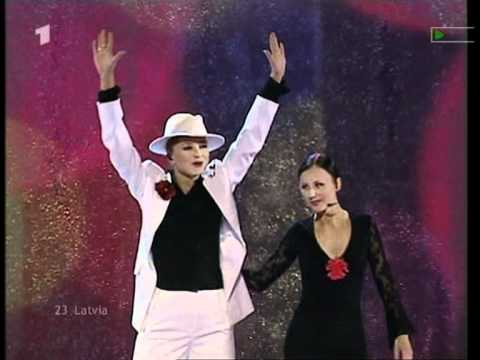 Next we have another tie: both Ukraine and Turkey ended up on 18 points. However, Ukraine has finished second twice, which is slightly better than Turkey:

Next we have two members of the Scandi bloc doing very well—good enough, in fact, for bronze and silver in our league table:

Best. Winner. Of. The. Decade.

Both Sweden has three victories in the televote era; Denmark two. But even Sweden’s recent results, while strong, are not quite strong enough to top the table.

They’re Our Only One On 28 points it is Russia that tops the table as most successful country in the televote era. Here’s the full table:

This year is viewed by many fans to be wide open, with both Sweden and Russia fancied in some circles has a potential victor in Stockholm. If Sweden wins and Russia does not finish in the top 5, we will have a new league champion. However, if Russia wins, even if Sweden is second, they will retain the crown. What is perhaps most striking from the table is that only one country in the top 10 9 is not either part of a voting bloc or reliant on diasporic support: Germany. Das ist toll!

Tempting as it might be to characterise the televote era victories as being somewhat more credible, the combined system current in use is also not wholly representative of “the people”: it endeavours to strike a balance between populism and taste, imperfect as this system may be.

If 2016 repeats what we saw in 2015—a song whose jury support was so heavily skewed it skewed the overall result in one entry’s favour—do not be surprised if there are clamours for yet another tweak.

Meet back here on 13 May (or thereafter)?